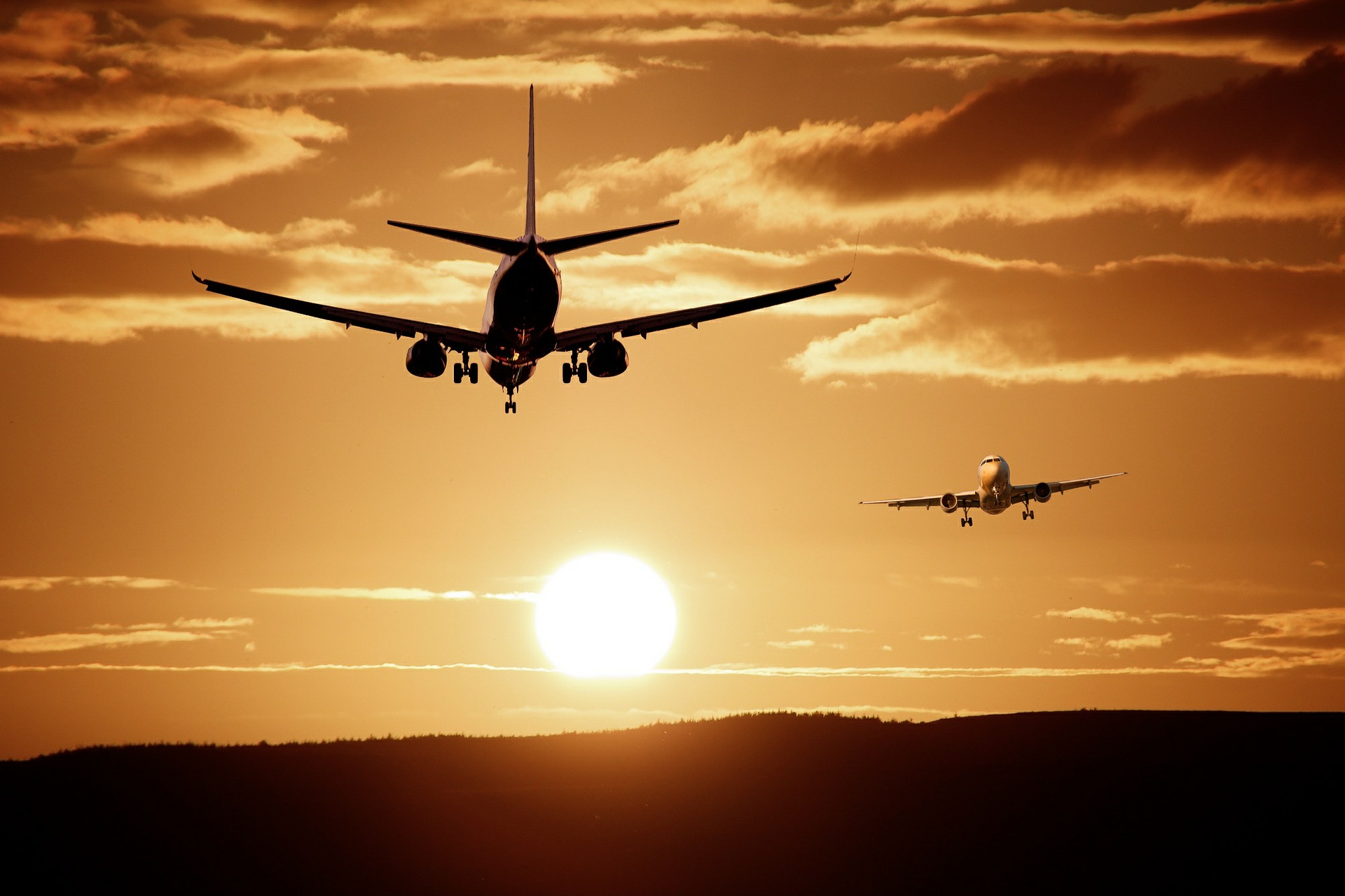 I arrived at San Francisco airport at 1 p.m. on Saturday, July 6th, and was told that my flight to Thailand was delayed three hours. Something about a fire, but no one was hurt. I unfolded my travel guitar and prepared to make the most of it. Californication was starting to resemble the Red Hot Chili Peppers version you know.

I settled in and silently patted myself on the back for my ability to go with the flow and love what is. Besides, once my bags were checked I felt like the weight of the world was off my shoulders. After being in fourteen cities over the past six weeks—not to mention packing up my entire life—the word stuff had come to dominate my world. Every move was a potential landmine—a place to lose my passport, throw out my back, or forget a laptop chord. Fortunately, only the latter happened and after a final stop at Best Buy, I received both a boarding pass and a new lease on life.

The Peace Pilgrim said “everything you don’t need is a burden,” and as someone who values the freedom to move, I like to travel light. And while I wasn’t a boy scout, I also value being prepared. Since I purchased a one-way ticket to Thailand, I was viewing it more as a chance to be productive than a fly-by-night backpacking adventure. My laptop, juicer, and guitar were musts, as was my latest songbook of “Dink’s Greatest Hits 5.0.” Since I’m looking to spread bliss and foster community, bringing three heavy songbooks felt like a prudent choice. And even though I have a kindle, having a few books around creates a feeling of “home.”

With eighty pounds of bags in the hands of Air China, the gratitude and bliss washed over me. My only cares in the world were figuring out the meaning of “First Born Unicorn” and nailing the riff. Then I heard, “All flights have been cancelled,” and I botched the F chord. With my guitar on my back and a light bag on wheels, I moved easily to the counter with the belief that “everything always works out” on the top of my mind. When I reached customer service, they were short on answers. I got the run-around and when I finally made it to the supervisor, she was as rude as she was useless.

“Don’t you know what happened today?” she said as she fidgeted with her IPhone. I saw this as a way of her shirking responsibility. “I don’t see what that has to do with my connection from Beijing to Bangkok,” I said. She grew angrier, and I at least had the presence to take a breath. I had just given three speeches about how winning poker players make decisions based on future value–not ego and emotion–and badgering her wasn’t going to help get any answers. I gave NVC (non-violent communication) the old college try, and when that got me nowhere, I did as I was told and prepared to wait. With my two heavy bags still in the hands of Air China, at least I was traveling light. More importantly, my attitude remained sound.

Then I heard, “Please proceed to baggage claim to retrieve your bags.” Ever the optimist, I figured I could negotiate my way out of this. Sure, news cameras were all over the airport, but the fire had been extinguished and flights were taking off. Could this really be such a big deal that I had to go to the trouble to collect my bags? To add insult to my injury, the airlines weren’t covering the cost of our hotel (if you could get one) and my friends in the Bay Area weren’t returning my texts.

The chorus in my head shifted from “Things work out for the best” to “Woe is me” faster than a John Frusciante chord change. There I was, six hours after arriving at SFO, lugging four bags to Super Shuttle, thinking about all the ways poor old Greg (the one so fortunate to be traveling to Thailand) had been put out. What about my connecting flight to the island of Koh Samui, not to mention the mounting costs that I had to pay for somebody else’s problems? I was able to take a moment and ask if I could really love what is. I reminded myself that adversity tests our resolve and asked how strong my beliefs about things working out were if I could let a little delay throw off my balance. If these thoughts helped, they were drowned out by the baby whose tantrum let everything know that he was the center of the universe. This whole ordeal had turned into a nightmare.

Along with eight other passengers, I squeezed into the van as we headed to the rat motel in Redwood City that I had overpaid for. With my guitar constricting my chest, I was surprised my disheveled body and expanded ego could even fit. The chatter, as you expect, was about delays and complaints. My silence betrayed my thoughts, which were, “You people think you have problems. I had to re-claim two bags full of lead. What a nightmare.”

Then, as talk shifted to the news, the bombshell fell. “Two people died in the fire.” The baby in me was shamed. My ego had been placed in check-mate. Words like entitled, spoiled, selfish and ungrateful alternated with phrases like “rich people’s problems” and “The universe doesn’t revolve around you.” I thought back to the “rude” supervisor and wondered who she may have known on that plane and how whatever she was doing on her IPhone had to be a million times more relevant than my connection to Bangkok. I reprimanded the crying baby for the temerity of calling a travel delay–in the light of tragedy–a nightmare.

Twenty-two hours later, I’m back at SFO and my bags are checked. And while I’m barely worse for the wear, there are families mourning, loves ones grieving, and supervisors fighting fatigue, sorrow and chaos so that the poor little babies like Greg will stop their tantrums and see the light.

Our departure time is uncertain. As I continue to wait, patiently, I take a moment to have compassion for other people’s true nightmares. It’s easy to reflect when we’re rested, safe and traveling light. Just as our ego gets the best of us in bad times, in good times it has a tendency to congratulate us for our compassion and growth. In this exact moment, the crying child has been replaced by the mature adult whose light has been illuminated and now sees that when the plane takes off hardly matters. But I won’t let the ego fool me. It’s when life delivers a real blow that we’ll see whether the light has really been illuminated or merely switched on by the latest news.

Note: This was written right before I boarded the plane and sat on the tarmac for nearly six hours. The delay forced me to spend the night in Beijing and arrive in Thailand four days after my scheduled departure. Not once did I complain and the smile of gratitude rarely left my face. Maybe I really did learn something. 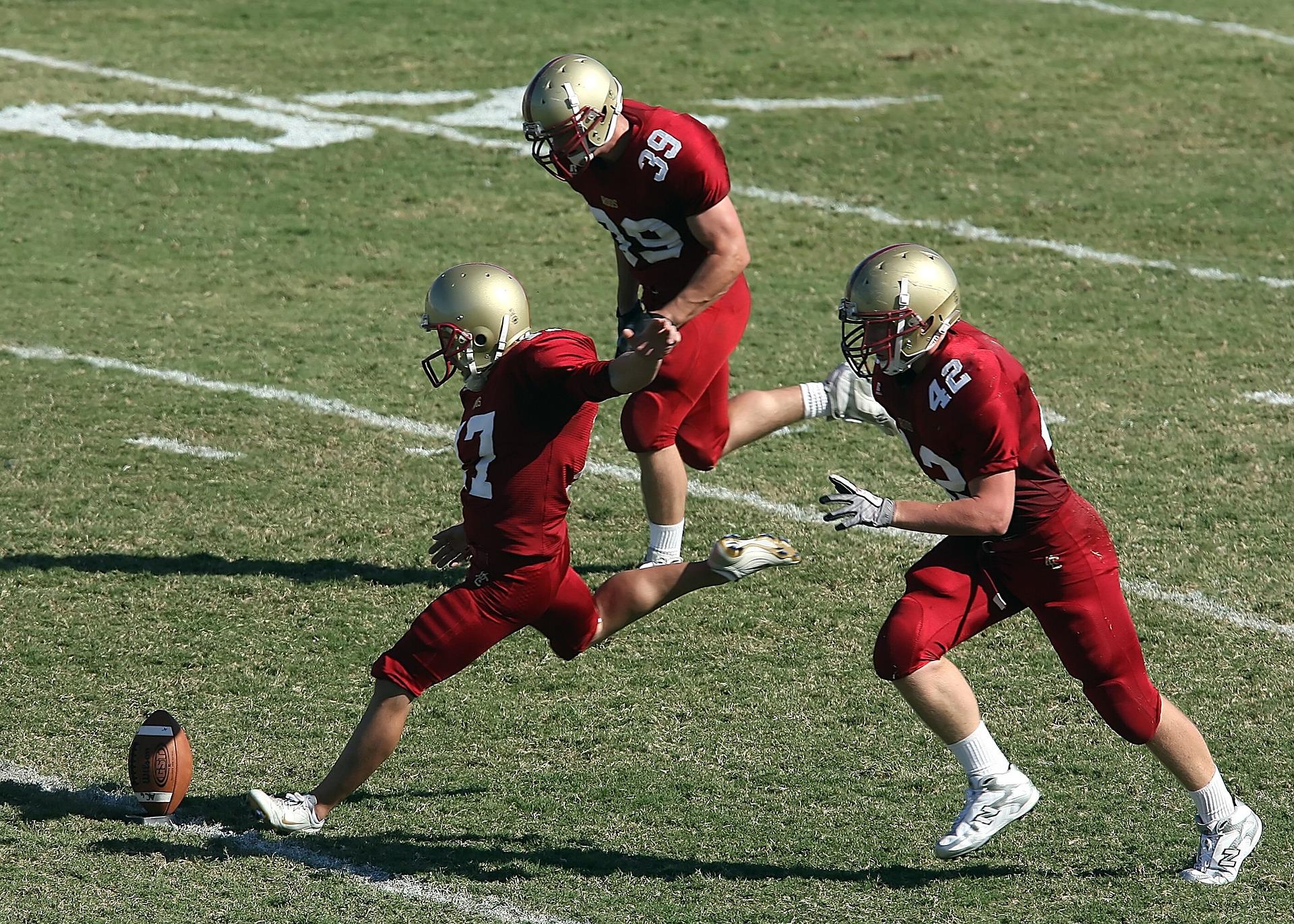 For the first time since 1937, no University of Texas player was taken in the NFL draft — a 77- year streak that had been the longest of any program in the country. It is a development that will lead his detractors to argue that Mack Brown was more a salesman than a teacher. But to revere him as a recruiter and criticize him as a coach is to miss the point of Brown’s true legacy.

Read the rest of the story here: 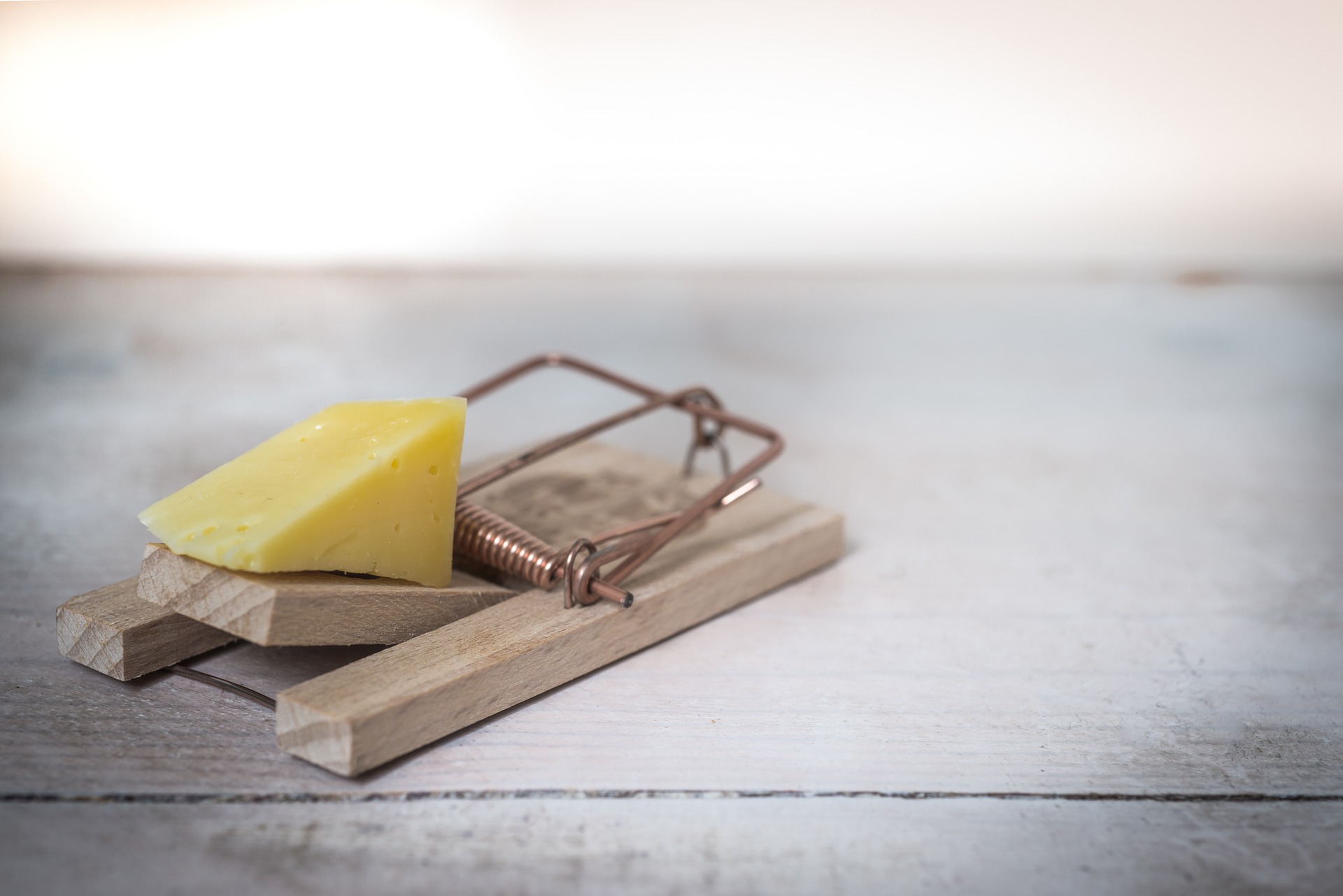 Avoid the Guru Trap, Create Your Own Launching Point

Has anyone ever told you that you must hear this speaker, read this book, or see this movie? You have to, because…wait for it…

It will change your life!

Looking for answers outside yourself only leads to the “guru trap”—the myth that another person, place, or concept holds the key to your success. The trap is thinking that being a spectator takes the place of getting on your mat, saying you’re sorry, or chopping your greens.

Running from one guru to the next is like reading the menu at a restaurant over and over again. It won’t nourish you unless you put in an order and eat the food. That’s why your approach must be inside-out. It’s not the guru, the retreat, or the seminar that changes your life. It’s the openness to the experience and the actions you take as a result.

Your answers are within. And while that sounds like a given, you still need to learn how to access them.

Read the rest of the column here: 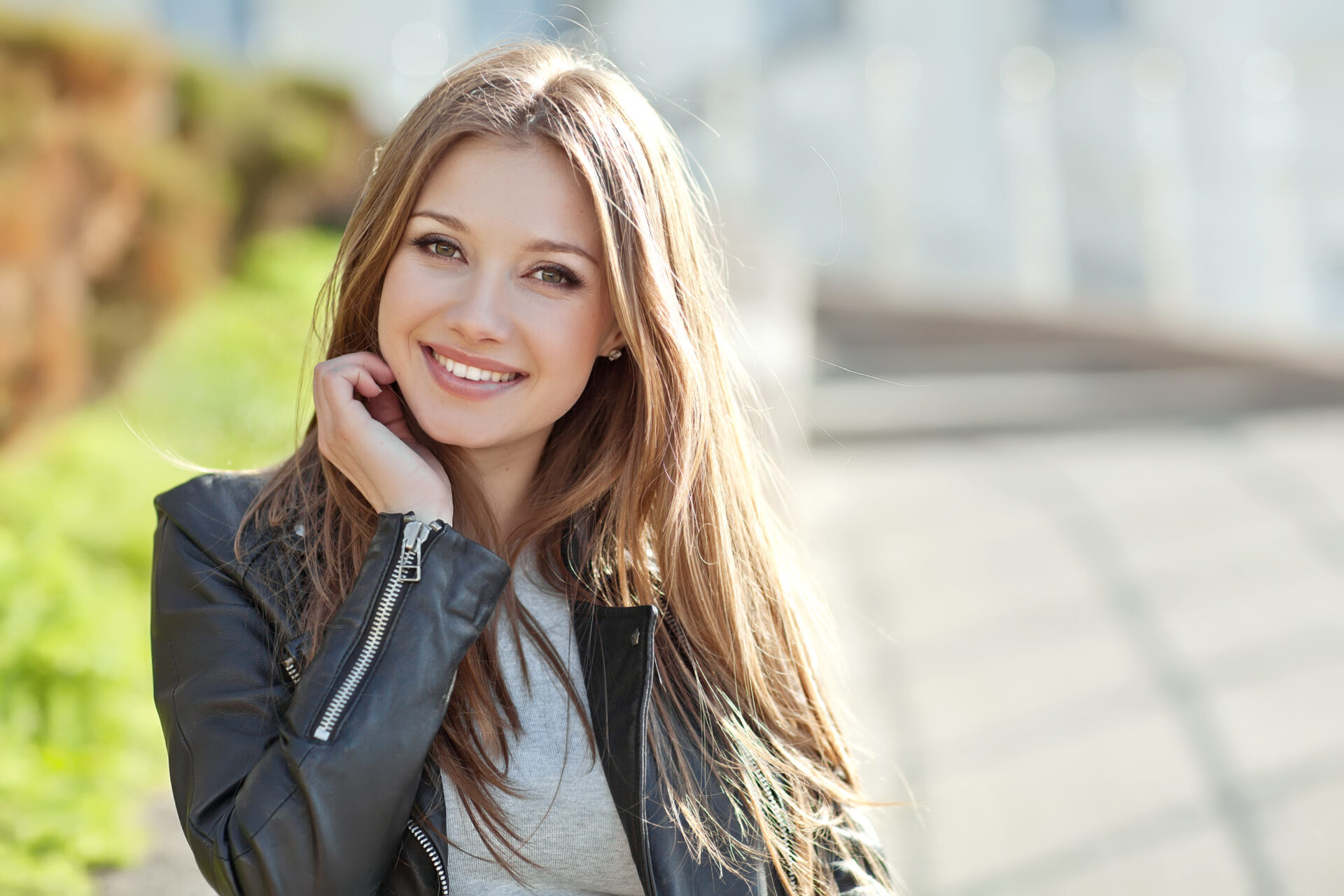